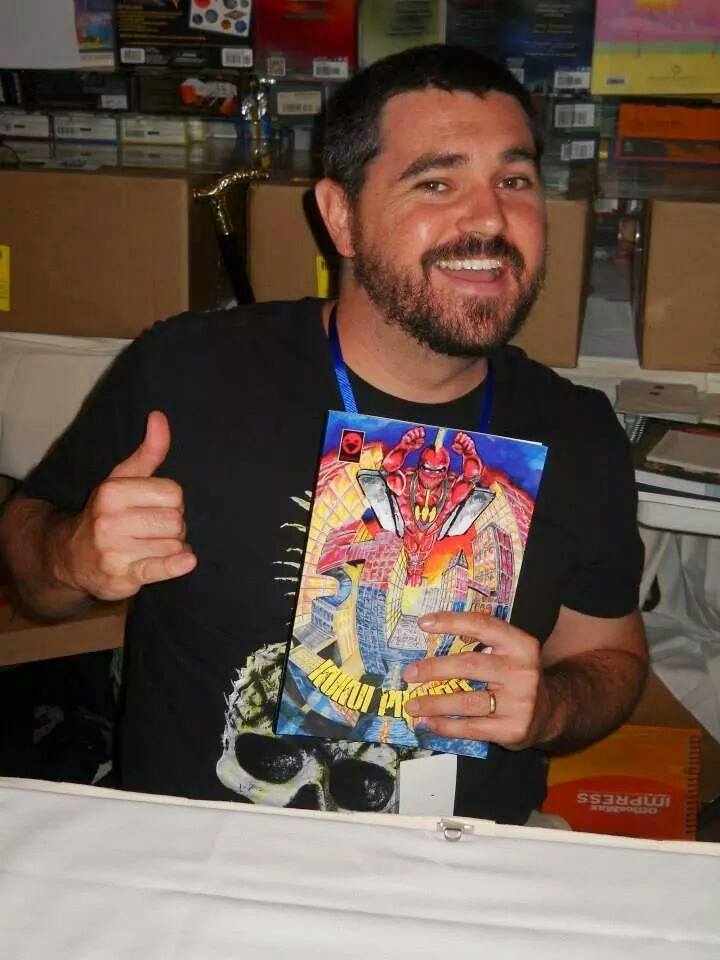 Todd Bernardy II is an Internationally known Independent Artist & Creator living in Hawaii. Best known for his Sci-Fi series Kukui Project and his new series Mohawk Thunder. Both take place in Hawaii where he gets most of his inspiration creating from a refurbished Pineapple Cannery. He loves to travel to Comic Cons around the World with his Incredible Wife and Inspiring Daughter.

I met a girl from Maui in 2004. We fell in love but she was shy. I’m someone who overshares. I overshare because I grew up in a very remote part of New Mexico. There was no one to talk to and I think I overcompensate for it as an adult. I have low self-esteem so I thought she wasn’t shy, she just wasn’t that into me. She stuck around for awhile and the girl from Maui still wasn’t very forthcoming with any personal details. I thought she was mysterious because she kept all her secrets. I eventually got to know her, and I realized she didn’t share very many details because Maui is.... read more

From Hawaii, to Portland, New Zealand and everywhere in between check out our retailer list to see if your favorite comic book shop carries Todd's work.

Have a custom piece in mind? Email us for details about your commission.

Kukui Project is a story unlike anything that came before. It is grounded much more in reality which, in comics or a lot of present day stories, isn't the case. Weaving the actual history of Hawaii into the story and taking it into the future, you can see how much passion is poured into every page of this book.

Check it out! There is a true comic treat... awesome art and story from one of Hawaii's most unusual artists... Todd Bernardy!

The Kukui Project series has made a major impact on me finding my love for comics again. Discovering a storyline that meshed detailed Hawaiian culture and mythos with science fiction, absolutely blew my mind.

Kukui Project is a brutal, stylish, and engaging celebration of both Sci-Fi Horror and Hawaiian tradition crafted with clear admiration and respect toward both.

Todd Bernardy II is an independent comic book artist living in Hawaii. He studied Fine Arts at the University of New Mexico. Since then he has published several independent comic book titles. He is currently working on a science fiction story, called Kukui Project, that takes place in the future of Hawaii. His other works include Disco Thunder Groove Bone, Hardcandy Aftermath as well as illustrations, posters and prints.